Listen To Past Shows Free     2 ways to listen

2. "Right Click" on show date then select "Save Target As" and a copy of the show will download to your device free that you can then play repeatedly anytime.

John talks about his painting "IRIS". 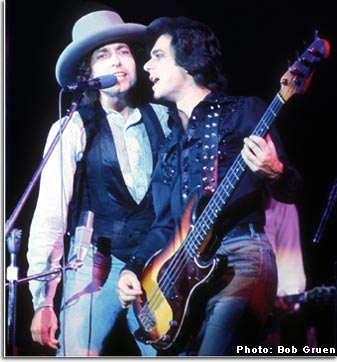 Rob sang and played guitar, bass and piano on many recordings, including "American Pie" by Don McLean. In 1975, Bob Dylan hired Rob as his bandleader and opening act for the Rolling Thunder Revue. He played and sang on several Dylan albums, including Desire, Biograph, Hard Rain, Live at Budokan and Live 1975, while touring with Dylan.

He also became the first non-Southerner to release an album on Sun Records. His compositions have been recorded by Link Wray, Johnny Winter, Shirley Bassey, Robert Gordon, and others. Rob has co-written three off-off-Broadway musicals, all of which were staged and produced in New York City. He now lives in Rockland County, NY, where he remains active on the music scene.

Music by Roxy Dawn:  Nobody Knows I'm In Here and Couldn't We Just Be Friends

Susun Weed is an American herbalist, author, and director of the Wise Woman Center located near Woodstock in New York State. She is known for her writing and teaching of what she describes as the "Wise Woman Way" of herbalism. Ms. Weed is the author of the Wise Woman Herbal Series. She believes Herbal Medicine is People's Medicine.

In addition to her writing, Ms Weed trains apprentices, oversees the work of more than 300 correspondence course students, coordinates the activities of the Wise Woman Center.


Tim Bessell is one of the top surfboard creators.
Surfboard champions in oceans around the world use his boards.

He has obtained the rights from Andy Warhol Foundation to have Andy's paintings on limited edition Tim Bessell surfboard creations.

Most noted for his work with electronic music synthesizer (TONTO) programming for Stevie Wonder (beginning in the 1970s) for award-winning albums including Music of My Mind, Talking Book, Innervisions, Fulfillingness' First Finale and Jungle Fever, all projects which featured Margouleff (with collaborator Malcolm Cecil) as associate producers, engineers and synthesizer programmers. They won a Grammy for engineering the album Innervisions.

He is the founder of Safe Harbor Pictures...Voyaging with the most beautiful and storied tall ships on the seas today, with state-of-the-art film and video productions and multi-media content that will focus on the personal lives, stories and experiences of today’s sailors and the ships’ missions they fulfill.   www.safeharborpictures.com

Author of the book: "Making Rumours: The inside story of the classic Fleetwood Mac Album"

Special Guest: Bart Friedman:  one of the 1st Video Artists..

"Take Me Down To The River"
Tim Coffman   http://www.rolltopmusic.com/

Art Room 1 at  www.JohnFPeters.com and 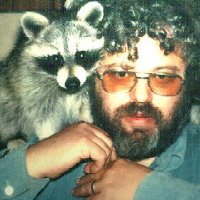 ArtistFirst Radio marks the passing of Herb Gart, (9/12/2017) the manager of many major music acts since the 1960s. Gart started in the entertainment business in 1962 and  continued to discover new talent for the next forty years. Some of Gart’s clients include Bill Cosby, Buffy Sainte-Marie, The Youngbloods, Jesse Colin Young, Peter Tork, Don McLean, Andy Breckman, Ashley Cleveland, Felix Pappalardi, Charlie Daniels, Janis Ian, Roy Buchanan, Mississippi John Hurt, Sugar Blue, Brooks Arthur, Tim Hardin, Ed Begley Jr., Karen Harvey, Roxy Dawn and Tony Bird.  At the beginning of the new century 15 years ago, many organizations and media listed their Top 100 songs of the 20th century. Four of Gart’s records were on almost all the lists. "American Pie" by Don McLean was in the Top 10 on all lists, and McLeans hit "Vincent" was also in the Top 100. "At Seventeen" by Janis Ian made most lists and "Get Together" by The Youngbloods was in the Top 100 on several lists.